Shola can provide a full 2-set jazz gig with her organ trio and can also go down to a solo line-up with backing tracks or up to a 7-piece band and everything in between.

She has been praised for her jazz phrasing and has performed on the same line up as high profile jazz artists such as the late George Mellie.

She held a residency at London’s Harvey Nichols for more than a year and has had various other residencies around London. She has also been guest Jazz vocalist on several cruises and has sung in front of audiences as large as 15000.

The act is perfect for corporate events and cocktail parties. With her Hammond Organ trio line-up the standards can either be played as background music or, as the evening wears on and the music features more heavily, they can ramp up the volume and play a selection of jazz standards and jazz-influenced Motown tracks that will have people dancing and bobbing their heads. As such it’s a highly flexible act and suitable for all sorts of occasions.

Shola is a warm and inviting singer with a voice described as sounding ‘like chocolate’. She can add glamour to any event and is often asked to sing at theme nights. 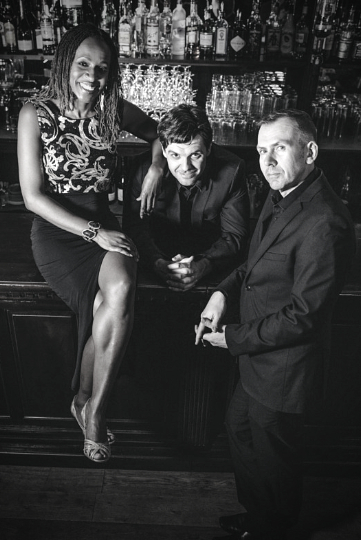 Shola has performed here with her jazz residency. A favourite with both regulars and staff alike due to her laid back easy style and exquisite voice which provided us with the perfect backdrop for our busy bar and restaurant.

She is a true professional – always punctual and pleased to help – we look forward to our continued relationship and would highly recommend her as an addition to any
venue!

Do you have a cocktail party coming up?